Baths For The Brave 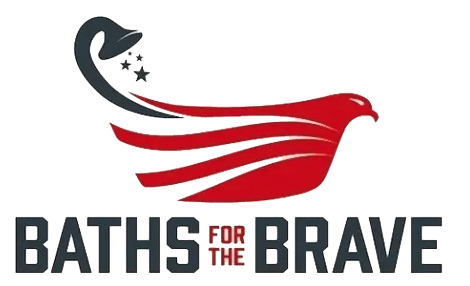 For Frank Mumford, owner and founder of SIR Home Improvements, caring for those who served in the nation’s military is both a personal and community responsibility.

“My father was a veteran of World War II and Korea,” Mumford says. “He was a Marine and saw heavy frontline action. He was shot in the head and leg. He received two Purple Hearts and is interred along with my mother at Arlington National Cemetery in Washington, D.C. His courage and commitment to the American way of life are why I am able to live the life I live today.”

That’s one reason why Baths for the Brave, one of the community service programs supported by SIR Home Improvements through its SIR Home Cares initiative, is so important to Mumford. With the help of the National Alliance on Mental Illness (NAMI) veterans division and the Veterans Administration of Battle Creek, SIR Home Improvements selects specific veterans in need to benefit from the company’s remodeling expertise by receiving a free bathroom makeover.

Watch this video to learn more about Baths For The Brave and SIR Home Cares.

Giving Back to the Nation’s Unsung Heroes

“Unfortunately, many of the veterans who have given so unselfishly have been left behind,” Mumford says. “We should not allow individuals to slip through the cracks. It is well understood that veterans of wars are highly vulnerable to a number of social and mental ills that affect them at higher rates than average Americans. It is also well known that veterans make up a disproportionate amount of our homeless population and many times end up not being able to afford the life they deserve. ‘Baths for the Brave’ is a way to give back to these unsung heroes.”

Baths For The Brave Video Hall Of Fame